Comments Off on Telecom and data cabling surveys. What’s the point? 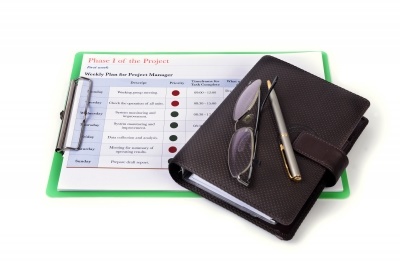 Surveying is part of the service that is offered by Millrose Telecom. But what is a survey and what are they used for?

Surveys are useful for both residential and business telecom and datacabling installations (and de-installations). An incorrectly surveyed site can cause problems that result in extra costs to the client, potentially over running on time and causing health and safety issues. To ensure that a job runs smoothly, safely, on time and on budget, surveying is a vital part of sales and project management processes.

Telephones for the elderly – things to consider

Comments Off on Telephones for the elderly – things to consider 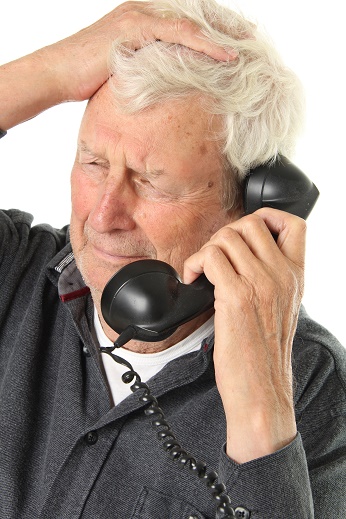 I have worked in telecoms for many years, including time spent with BT and Virgin Media fixing residential telephone faults. I have seen how vitally important it is for the elderly and those with limited mobility and/or sight and hearing impairments to be able to keep in touch with family and friends via the telephone.

Millrose Telecom often receives requests from the elderly to assist with telephone faults. Worried relatives also get in contact asking for help ensuring their loved one’s home has a suitable communication system in place.

There are a few things that I have learnt over the years. If you are of limited mobility, visually or hearing impaired, or have an elderly relative who depends very much on the telephone then here are some pointers for you.

Millrose Telecom is proud to sponsor this year’s Sportsman’s Dinner 2017 raising funds for East Anglia Children’s Hospices (EACH). Last year’s event was a resounding success and raised over £7000 for charity. Guest speakers this year include footballers Terry Butcher and John Hartson.

The event is quickly selling out, so move quickly if you want to attend. It should be an amazing and entertaining evening!

Comments Off on Winter Update: Priests, cats and plenty o’mud 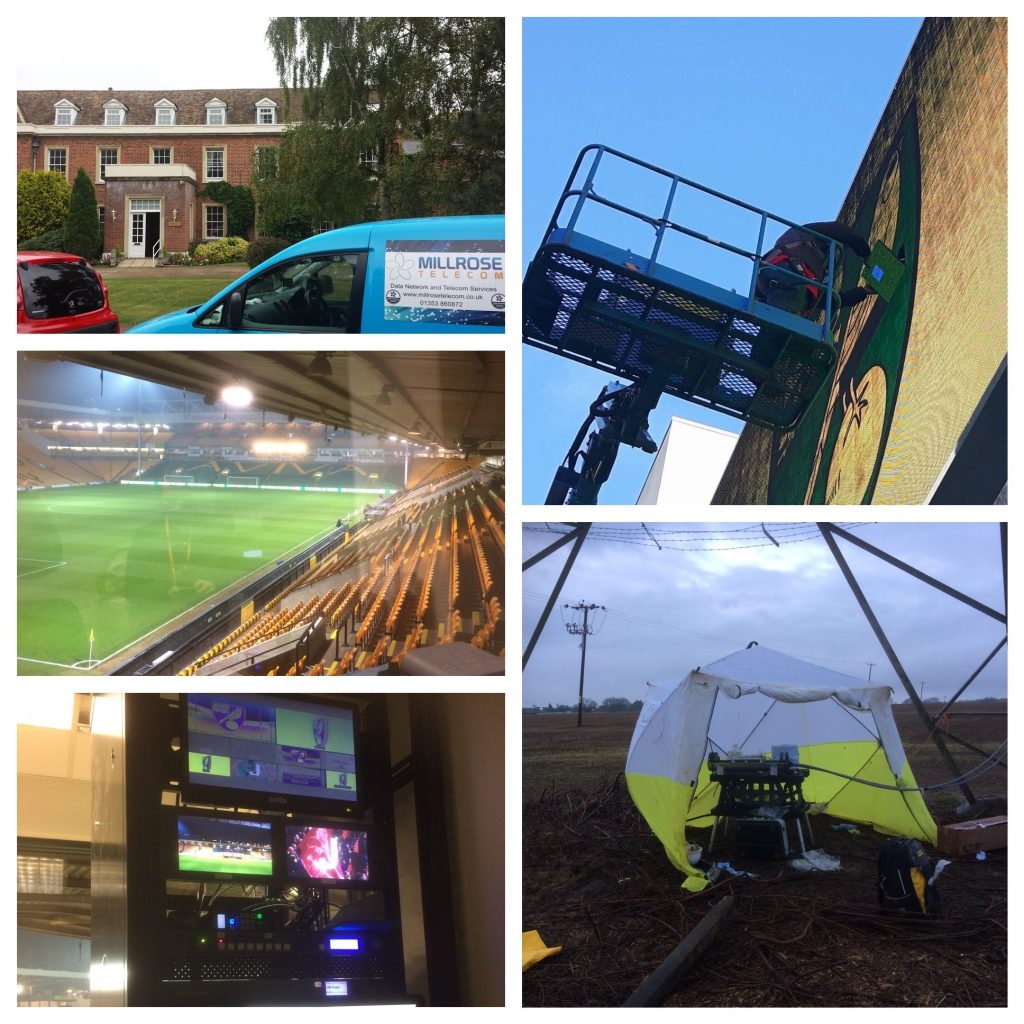 It’s been a while since we’ve posted an update, it’s been pretty busy since the summer!

Millrose Telecom projects in Autumn and Winter have included a variety of fibre and copper data cabling, business telecoms and residential telephone call-outs.

Paxton Hall carehome near St Neots called us for telecoms work for their new office, installing new telephone extensions across the building.

Further afield, we’ve been working on Cat 6 installations in offices in Watford, fibre work in a freezing field outside Northampton, MOD Cat5 installations and PC and EPOS swap outs across East Anglia for a well-known retail chain. We also worked on installing access points and cabling at a home for retired priests – where I discovered their network was appropriately named Dougal.  We’ve also worked on server move projects to Swansea, Bath, Birmingham and Eastbourne.

We continue to maintain the boards and Epoch screen for Norwich City FC at Carrow Road, attending all home matches. An IPAF licence comes in handy here for changing tiles on the huge screen, especially important for televised matches. If you’ve seen it revolve, it’s me (Keith) whose job it is to make it do that.

Residential jobs featured heavily throughout December, with call outs across Ely for home data cabling requests and to fix telephone faults. It’s often much faster to call a local (highly experienced) telephone guy – and far more cost effective, than waiting for a service provider especially when you want everything working in time for Christmas.

Millrose Telecom would like to wish all customers, suppliers and random blog visitors a very happy and healthy New Year. All the best for 2017! 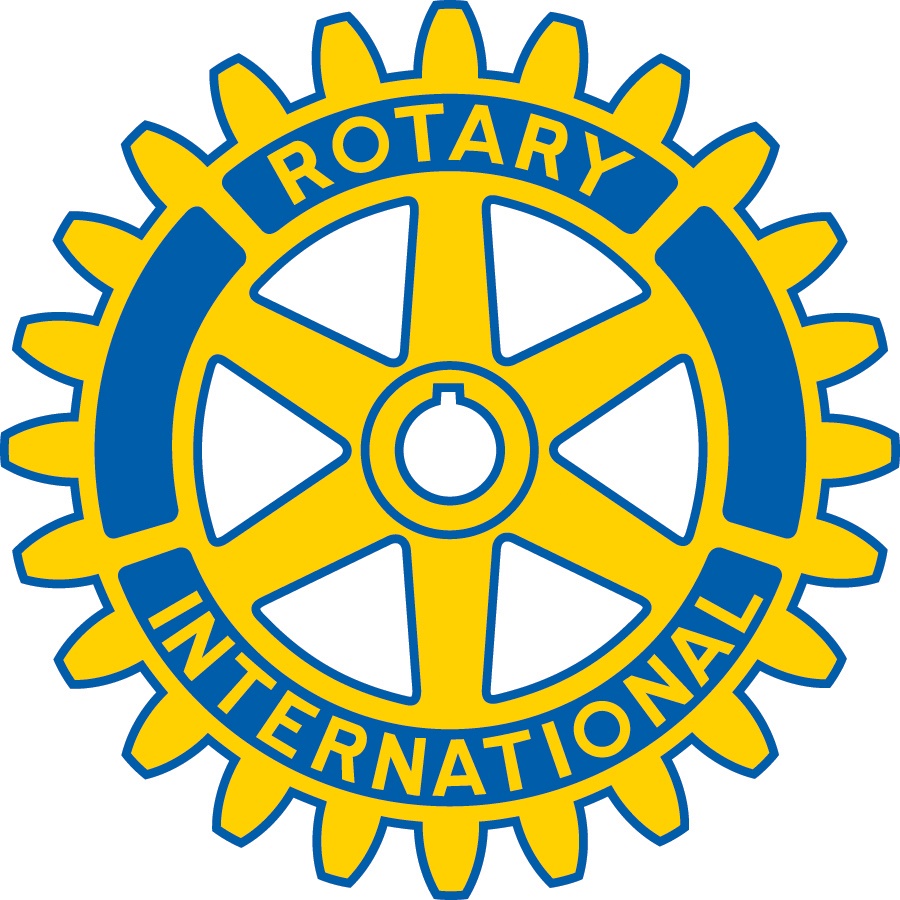 Millrose Telecom is delighted to support the Rotary Club of Ely (Hereward). Ely Rotary  (Hereward) was formed in 2004 by a small group of people who were looking at ways of putting something back into their local community, and at the same time having fun and enjoying the company of like-minded people. Ely Rotary is part of the wider Rotary movement.

The club is now in its thirteenth year and has raised over £60,000 for local, national, international charities and good causes. The Club raised and distributed over £7,000 last year to local and international charities and good causes particularly at the two biggest and most popular Rotary organised local events –  Santa’s Christmas Sleigh round the streets of Ely, and Summer Aquafest by the river.